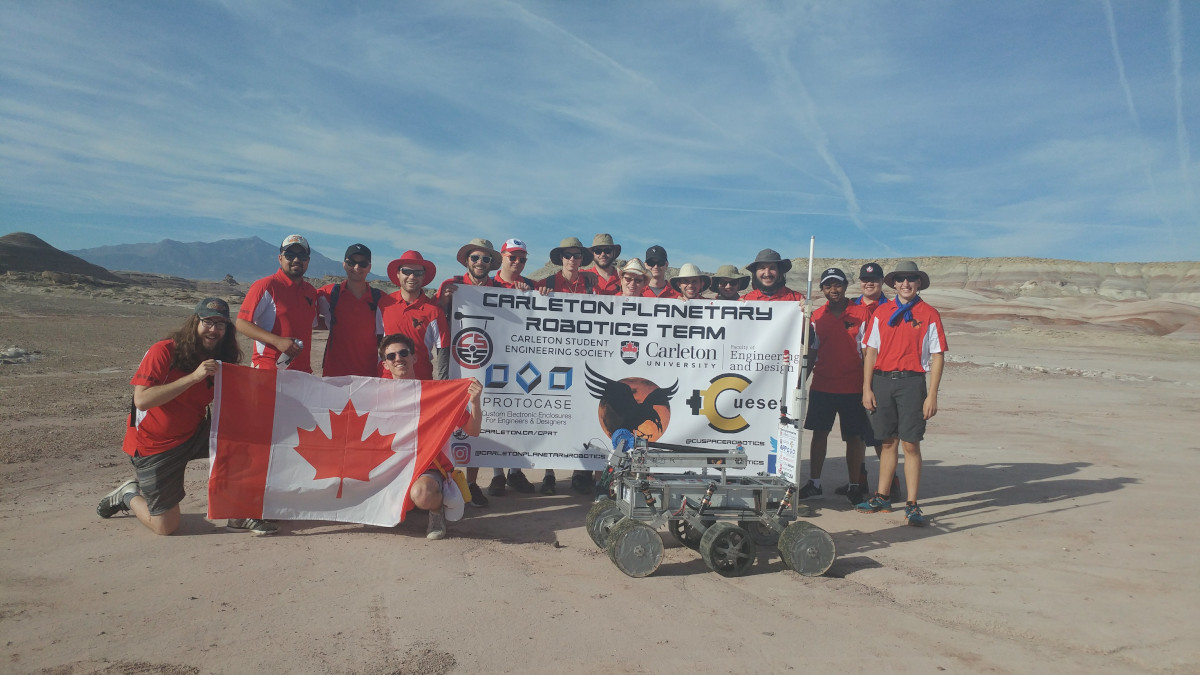 The Carleton Planetary Robotics Team is a student run robotics group, sponsored by BasicMicro, who for years have been developing Mars rover projects for competitions in the United States and Canada. In their most recent competition at the Mars Research Station in Utah they placed 17th out of 84 teams with their rover named Sammy.
Sammy is a six-wheeled rover supported by a Rocker-Bogie suspension similar to that used by recent rovers developed by NASA. The six wheels of Sammy are completely 3D printed and the motors driving the wheels are controlled by a RoboClaw 2x30A motor controller. To carry out the tasked required for competition Sammy carries a variety of sensors and hardware. Sammy’s cameras are used for path planning in conjunction with the onboard computer running neural network and deep learning software. To detect biological sample an onboard spectrometer was custom built for for Sammy. A robotic arm with a carbon composite gripper allows Sammy’s operator to manipulate physical objects during the course of a competition. Communication with the rover is carried out over a 900 MHz radio link that can handle the tough RF propagation conditions on the competition courses. Power for the whole rover comes from a large 24V 30Ah battery developed for previous rover projects.
We congratulate the Carleton Planetary Robotics Team on their recent success and thank them for choosing to use RoboClaw motor controllers in their rover builds. See the video below for more details about Sammy.
<< Previous Post