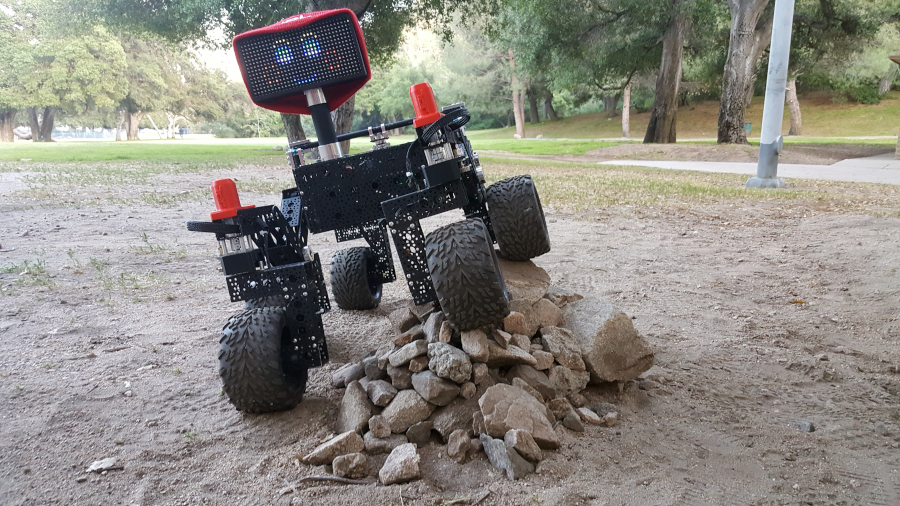 Figure 1: A completed rover scaling a pile of rocks.

With all of the public excitement surrounding NASA’s Curiosity rover the folks at Jet Propulsion Labs have created a way to bring the experience of driving a rover to the public. JPL have created and released plans for a small scale version of their rover that can be built by individuals or school groups. The plans for their mini rover are freely available online and contain everything from mechanical diagrams to the code required to build the rover.
At the heart of the rover is a Raspberry Pi 3 which is familiar to most people in the electronics and robotics community. The scaled down rover uses a Rocker-bogie suspension just like the full sized version. The six foam rubber wheels are driven by 378:1 gearmotors with integrated encoders. Four of the wheels are used for steering and utilize 172:1 gearmotors with integrated encoders. The drive and steering motors are controlled by 5 RoboClaw 2x7A motor controllers. The Raspberry Pi is used in conjunction with the RoboClaw’s packet serial mode to communicate with the motor controllers.
The chassis of the robot uses ServoCity’s aluminum plates and channel which means no custom metal fabrication is need. In fact all of the parts except for two body plates and a handful of circuit boards are off the shelf parts. The non off the shelf parts can be sent off for fabrication for a minimal cost and the design files that need to be sent in are included in the plans.
The rover features a 16×32 color led matrix that can display custom messages and images of the user’s choice. Remote control of the rover utilizes either an XBox 360 controller or an Android phone or tablet.
The project’s homepage can be found here. The GitHub repository with all of the plans and code for the project can be found here.
<< Previous Post
Next Post >>