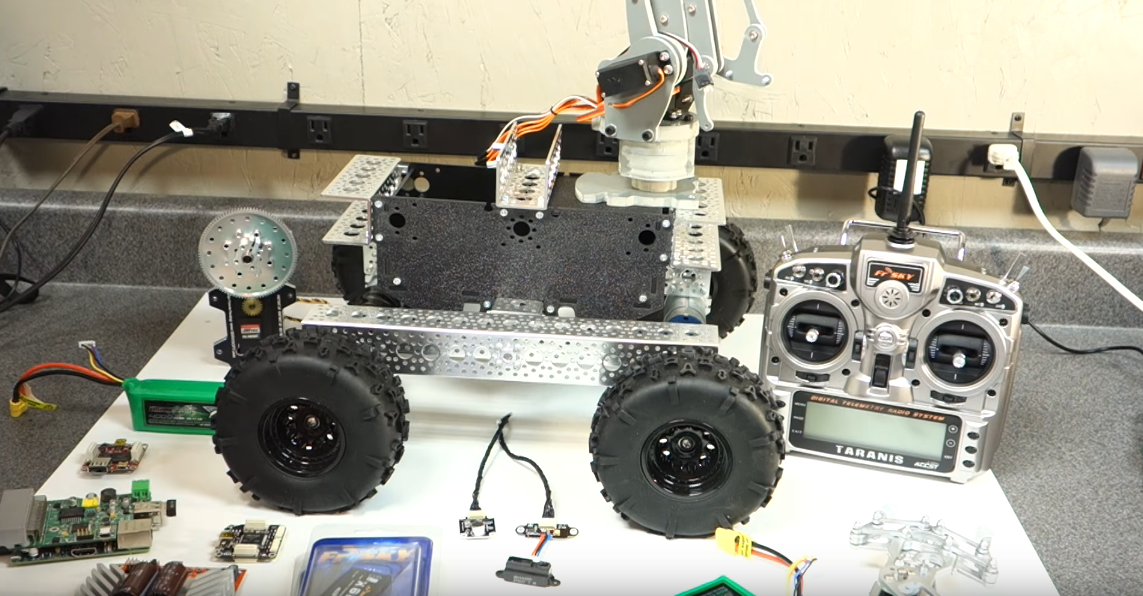 A YouTube user by the name of Derek Dickerson has posted a series of videos about his robot built around a ServoCity Nomad chassis kit. The Nomad is a 4 wheel offroad capable chassis suitable for a range of robotics projects. The four planetary gearmotors of Derek’s Nomad build are controlled with a RoboClaw 2x60A motor controller.
Derek’s build includes a robotic arm, a pan and tilt arm for a camera and a servo controlled tow hitch. The whole system is radio controlled via a Taranis X9D radio and matching receiver. The RC control mode of the RoboClaw is used to make controlling the drive system from a radio simple and painless. Derek looks to make the system autonomous with the inclusion of a Linux development board and LIDAR sensors.
We thanks Derek for posting videos about his build and for choosing to use a RoboClaw motor controller. Videos of the build in progress and in action can be found below.
<< Previous Post
Next Post >>