Jet Propulsion Labs, the brains behind the Curiosity Rover have created a scaled down verions of the famous Mars rover that anyone can build. This Customer Project note looks at the details of the project.

This Customer Project feature looks at a semi-autonomous robot named ROVer. Rover is built around Actobotics parts, a pair of RoboClaw motor controllers and an Arduino. 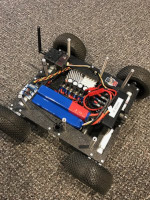 This User Project article takes a look at a unique robotic platform for remote video and image acquisition. 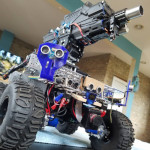