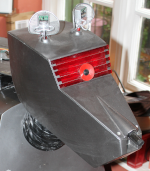 A robot builder by the name of Richard Hopkins is building a complex robotic dog inspired by the one from Doctor Who. Richard calls his creation “K9”, just like the original. K9’s body is made from fiberglass and is painted Roer Gray. For propulsion K9 uses a pair of 24V scooter motors, a ball caster supports the other end of the dog. The two scooter motors are controlled by a RoboClaw 2x15A motor controller. Richard created custom encoder wheels for each motor and the RoboClaw decodes them to provide accurate control of both drive wheels. 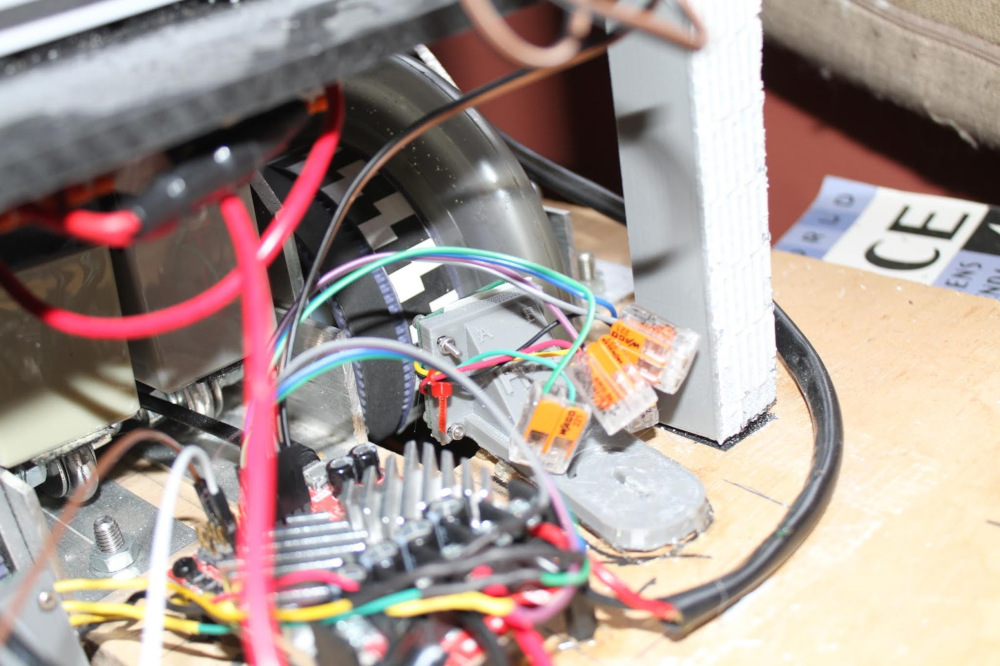 At the core of K9 is a metal chassis that houses the core components of the robot. The drive wheels are mounted to the chassis and the bulk of the electronics are housed there also. The whole robot is powered from a pair of 12V 2.1Ah bateries wired in series to provide 24VDC. Contained in the chassis is the brain of the robot: a Raspberry Pi single board computer. The Raspberry Pi sends commands to the RoboClaw for movement as well as communicates with the other hardware inside K9. Figure 2: A late prototype of the Super Gamer case.

K9 is packed full of sensors. For navigation and obstacle avoidance it features a large number of IR and ultrasonic sensors. The ears also contain a pair of LIDAR units for longer and more fine-grained sensing of the environment. The ears are swept back and forth via servos to scan the area around K9. A camera is found in the head of the robot and is used to provide a live video feed from the robot. Also, found in the head are a microphone and speaker.
In addtion to K9’s moving ears he also features a moving tail and eyes that light up. The onboard speaker allows K9 to communicate with outside world. In short, K9’s builder has done everything he can to make his build as faithful to the original as possible.
Richard’s build website should be explored. He has extensive details on all of the aspects of the build as well as downloadable plans so that you can build one of your own. We thank Richard for documenting his build and for choosing to use a RoboClaw motor controller.
<< Previous Post
Next Post >>