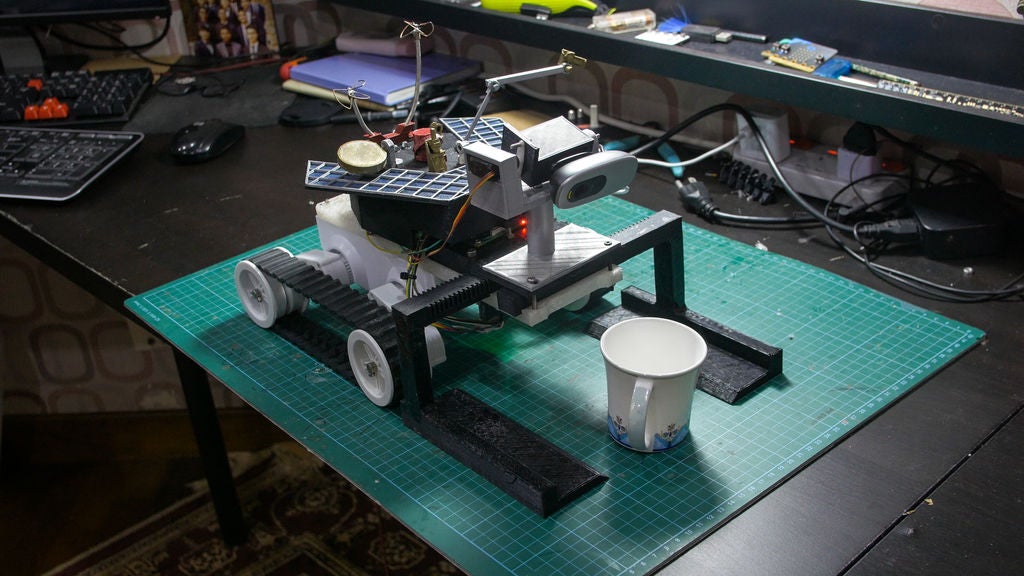 A robot builder by the name of Saral Tayal has posted the details of his latest build on YouTube and Instructables. Saral’s latest robot is a personal assistant robot that can find and fetch objects and bring them to a user. The robot uses computer vision to find and identify objects as well as track a user as they move around. Once an object is located the robot can pick an object up with it’s sled-type grabber. Machine learning algorithms are used for object identification and for tracking users by identifying their face. The robot can be controlled with voice commands that are processed with the help of a hotword software library.
The robot is built around the popular Rover 5 chassis. The Rover 5’s drive motors feature encoders which are an integral part of making this project work. The drive motors as well as the motor for the sled used to grab objects are controlled by a pair of RoboClaw 2x7A motor controllers. In addition to the chassis kit the robot uses a large number of custom designed 3D printed parts.
The brain of Saral’s robot is a Raspberry Pi 3. The Raspberry Pi 3 is used to run the machine learning algorithms, receive data from an ultrasonics sensor and send commands to the pair of RoboClaw motor controllers. An external harware acceleartor from Google, the Coral, is used to run an instance of TensorFlow to speed up the machine learning processing to an acceptable rate. A piece of software called SnowBoy also runs on the Pi to process audio from the webcam’s microphone and listen for keywords used for voice commands to the robot.
We thank Saral for taking the time to post the details and photos of his awesome robot build. His detailed build instructions and writeup can be found on Instructables. 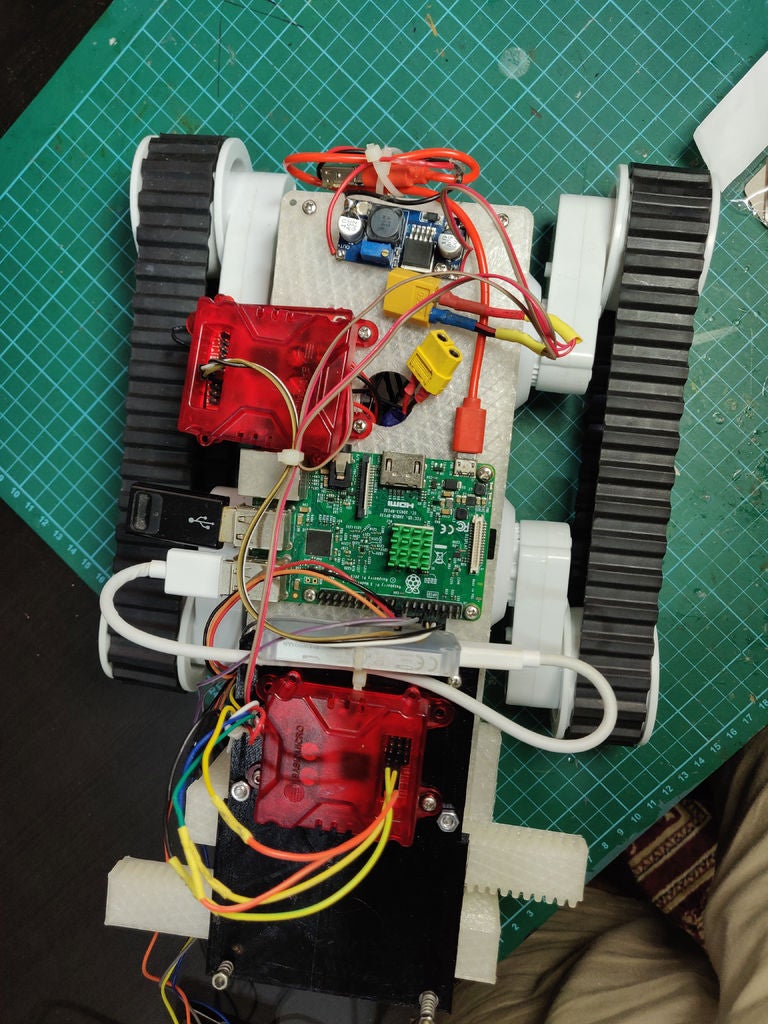 Figure 1: A shot of the robot showing both RoboClaw 2x7A motor controllers in their red cases.