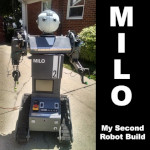 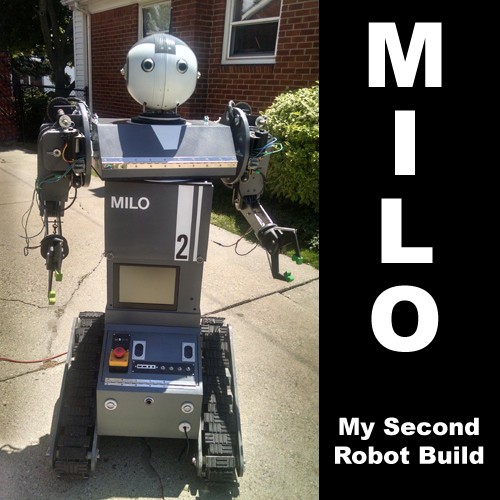 A user by the name of Rebel_Ace posted details of his humanoid robot build to our forum. The robot’s name is MILO and it stands as high as a small adult. MILO features full articulation of it’s arms and shoulder which allows it to interact with curious people. In addition MILO’s head moves. Unlike some humanoid robots MILO doesn’t move around on a pair of legs but rather a bulldozer style tread system. Internally the drive system features a pair of beefy brushed motors linked to the tread system by a pair of chains. The drive motors host a pair of rotary encoders that allow for precise control and odometery.
Almost all of the motors used in MILO are operated with RoboClaw motor controllers. Currently MILO contains 4 RoboClaw motor controllers. MILO’s builder plans to add several more RoboClaws as new features call for them. A standard PC-style computer is used at the heart of MILO. The PC is based around an AMD quad core processor with 8GB of RAM. Rebel_Ace is able to remotely control MILO with software he developed himself. The software allows for control of MILO’s movements and communicates vital information about the status of the robot. In addition Rebel_Ace has developed a custom scripting language for MILO that allows complicated series of movements to be carried out automatically. 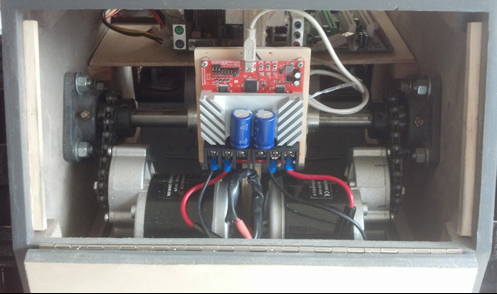 We thank Rebel_Ace for taking the time to post about his incredible build and for using our motor control solutions to make MILO a reality.
<< Previous Post
Next Post >>