The Raspberry Pi is one of the most popular single board computers in the robotics world. The Pi easily interfaces with the RoboClaw, allowing full control of the board and its available functionality. In this Application Note we’ll be using the RoboClaw in its packet serial mode. In packet serial mode the Pi is able to send commands to the RoboClaw as well as read data from it using the onboard UART.

(1) micro USB cable for the RoboClaw

(1) monitor, mouse and keyboard for the Raspberry Pi

1. Follow this tutorial to step 10 to prepare the RoboClaw.

2. Follow this tutorial to configure the serial port hardware on the Raspberry Pi.

3. Disconnect power from the RoboClaw if this hasn’t been done already.

5. Wire the Raspberry Pi and the RoboClaw together according to the table below. 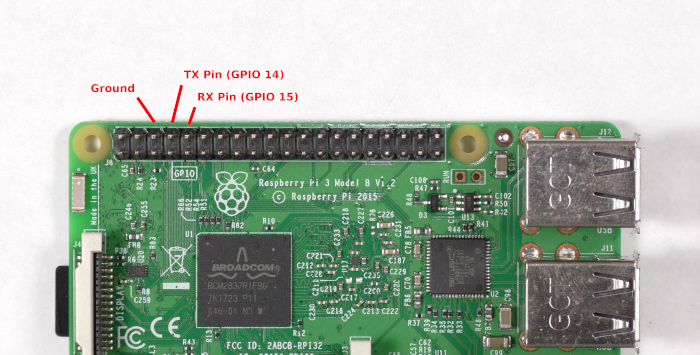 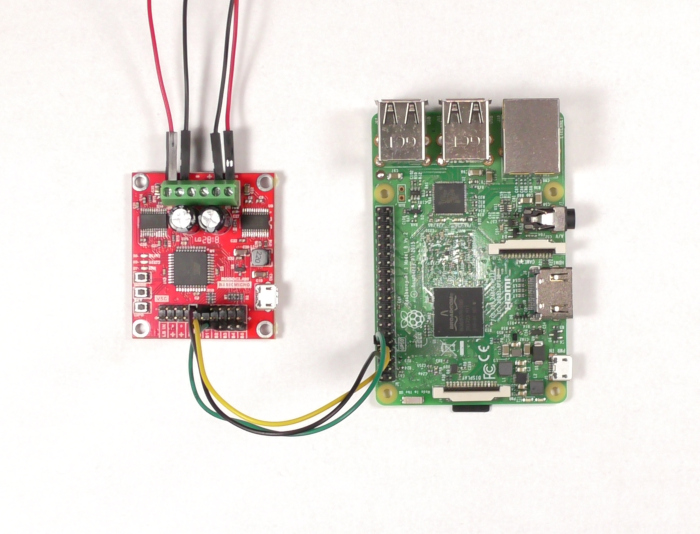 Figure 2: The Raspberry Pi and RoboClaw wired together.

6. Reconnect power to the RoboClaw.

8. In the Motion Studio application click on “General Settings” in the left-hand pane. Now locate the pane titled “Setup”. Set the control mode to “Packet Serial”. Now move down to the pane labeled “Serial”. Set the address to 128 and the baudrate to 38400. In the menu at the top of the application select “Device” and then “Write Settings” to save the settings to the board. If this is not done the settings will not be saved to the board. Disconnect the RoboClaw by clicking “Disconnect Selected Unit” in the upper left-hand side of Motion Studio. 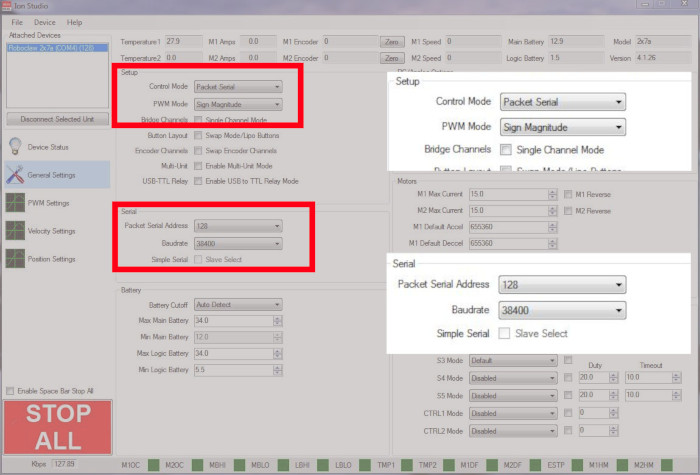 9. Power up the Raspberry Pi by connecting power to it with the micro USB cable.

10. Ensure that the Raspberry Pi has access to an internet connection, either via wireless or a wired connection.

11. Next add the pyserial library to the Pi’s Python library. Open a terminal and enter the following command:

If pip is not installed on the Raspberry Pi it can be installed with the following commmand:

12. Dowload the test code for this tutorial from here.

The repository can also be cloned from GitHub from the commandline. Install Git with the following command:

Then clone the repository with the following command:

13. Unzip the code you’ve downloaded and navigate to the unzipped directory via the terminal. If you’ve cloned the repository with Git there is nothing to unzip. Run the code provided by entering the following:

14. Now that the example code is running you should see motor 1 running for two seconds and then stopping followed by motor2 doing the same.