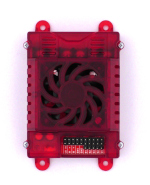 This Application Note looks at the case and fan combination for the RoboClaw 2x15A, 2x30A and 2x45A motor controllers. The enclosure offers several benefits to the user versus using a board without a case. The case is available directly from Basicmicro as well as from resellers.

There are several advantages to using a case with a RoboClaw motor controller. First, the case prevents physical damage to the board. Some robotics applications will see the motor controller being subject to the possibility of coming in to contact with objects that could damage a bare board. Secondly, some robots are operated in environments where dirt, debris and moisture are present. A case for the motor controller keeps these contaminants from affecting the board, some of which could cause a short circuit leading to permanent damage of the motor controller.
The integrated fan also provides some benefits to the user. As the fan blows ambient air on the board heat from the board is removed. A cooler board allows it to operate a higher current values and also allows the board to run at high current for extended periods of time.

The firmware on the RoboClaw controls the fan automatically, turning the fan on at 45C and turning it off at 35C.

When assembling the case and fan be sure to plug the fan connector in to the board with the proper orientation or damage to the fan or fan driver may occur. Also, note the direction the label on the fan is facing: installing the fan backwards will result in poor cooling of the motor controller.

Here is a list of the parts that come included with the case: 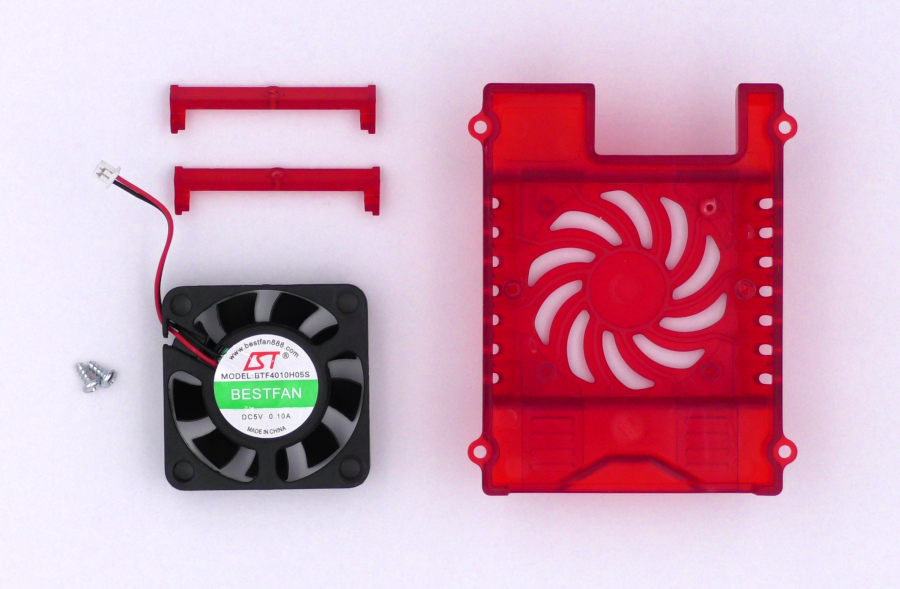 Figure 1: The parts need to install the fan. 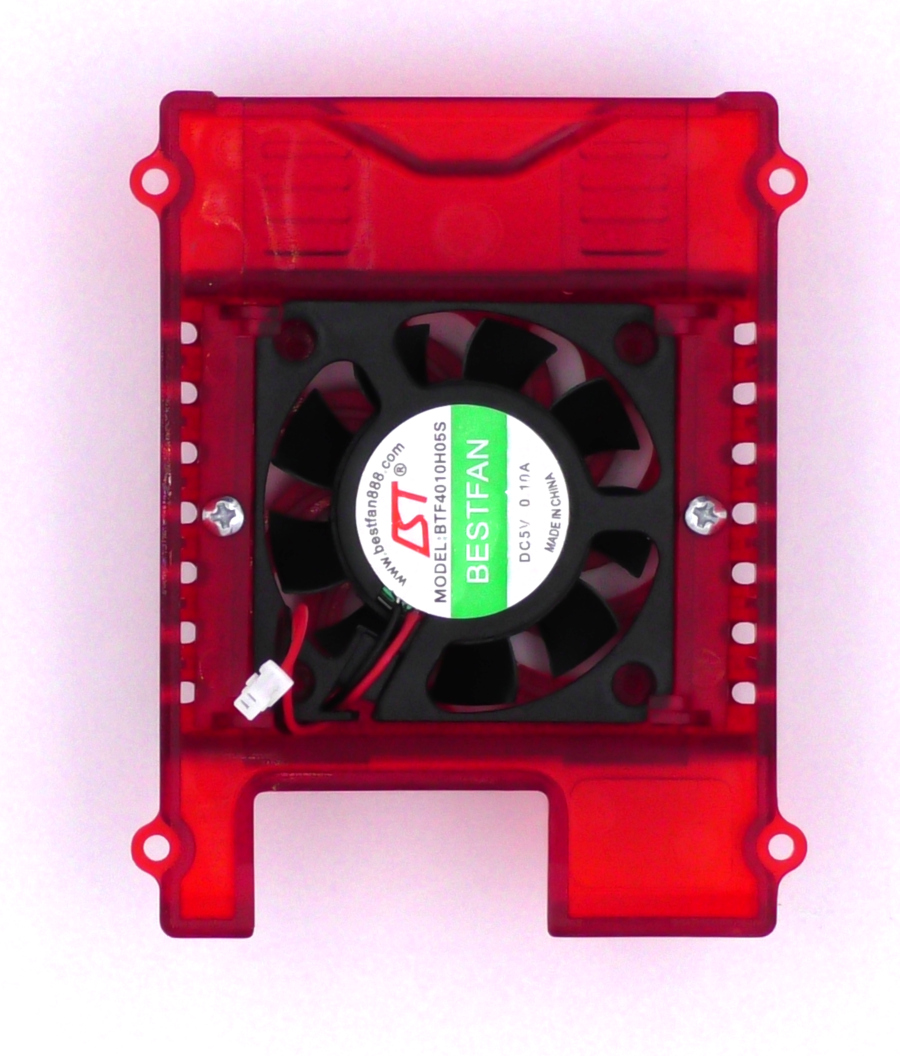 Figure 2: The fan after installation.

Place the motor controller in the bottom half of the case being sure to orient the board properly. The USB connector on the board should line up with the opening for it in the case. Secure the board to the case with 4 screws. 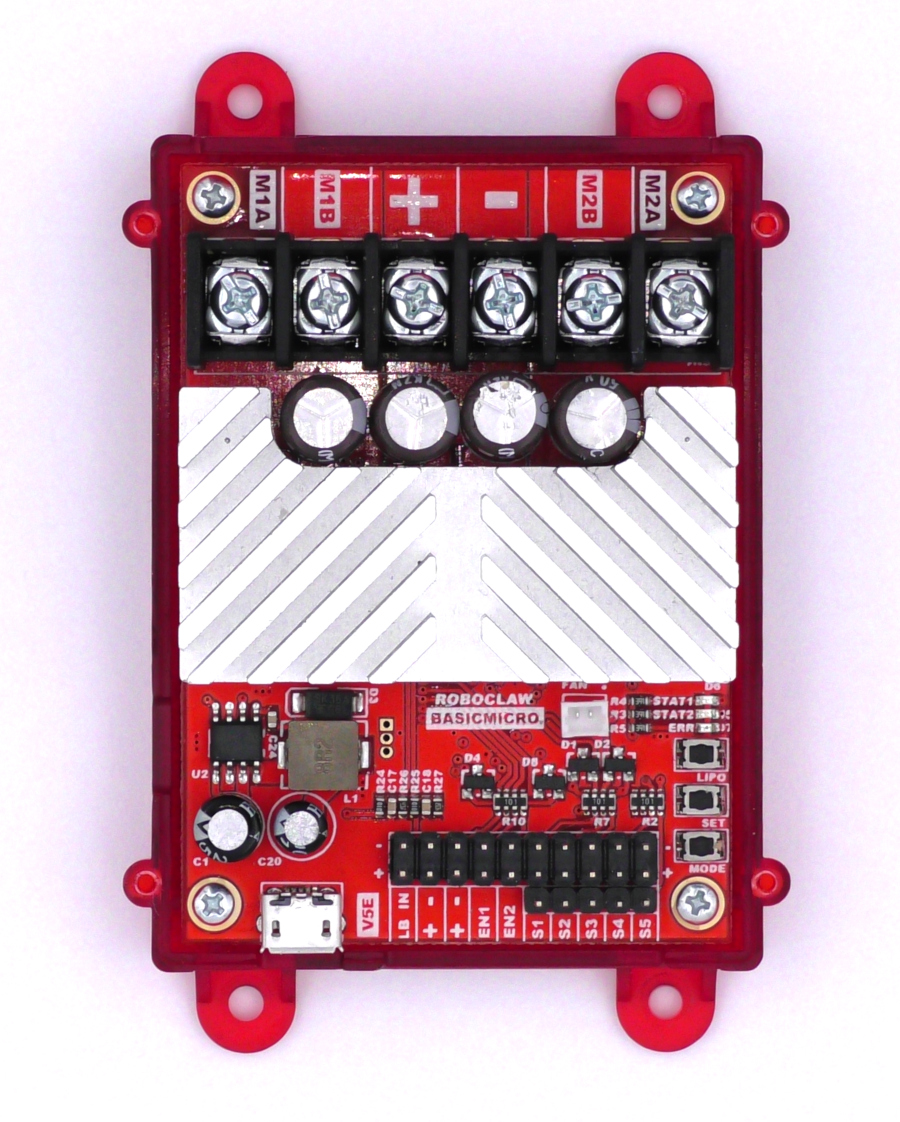 Figure 3: The motor controller installed in the bottom half of the case. 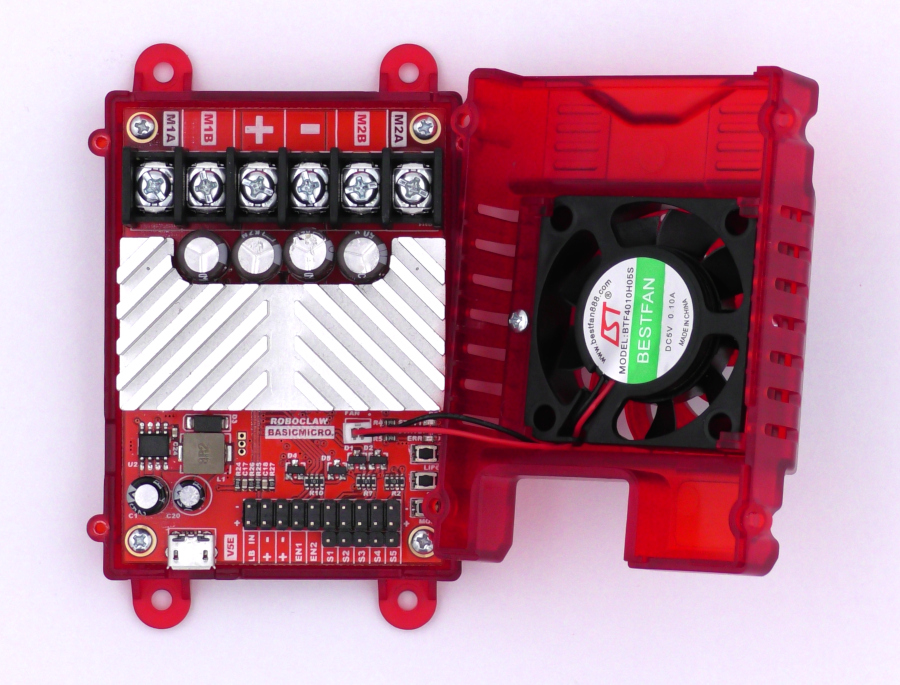 Figure 4: The fan connected to the header on the motor controller.

Connect the top half on the case to the bottom half and secure the two halves with 4 screws. 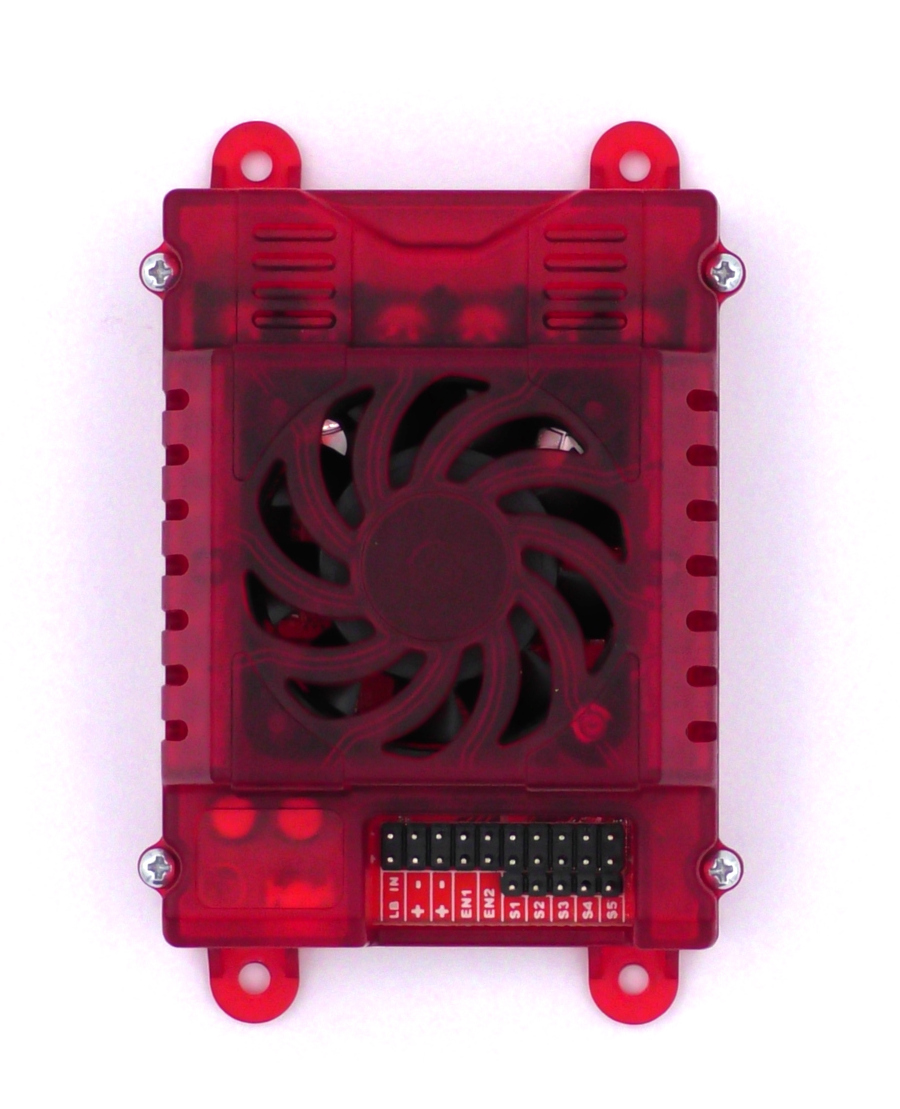