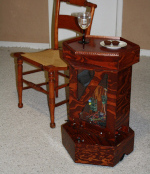 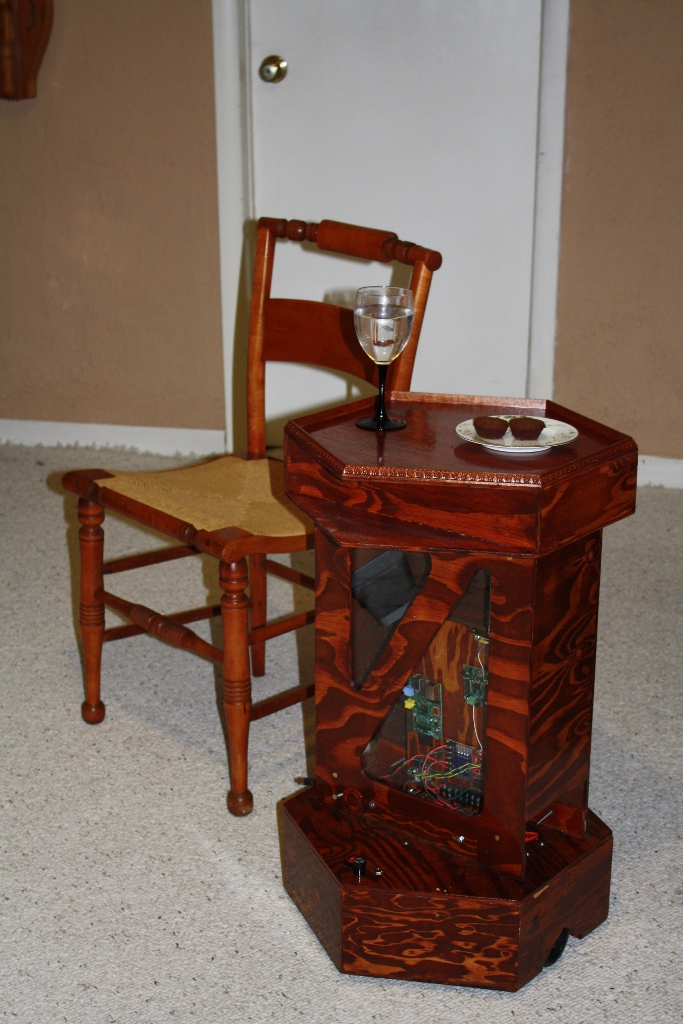 This Customer Project article looks at a clever robot designed to serve snacks and beverages to it’s owner. It should be noted that it does not serve butter, that’s not it’s purpose.
The body of the robot is a tall pedestal on which snacks and beverages can be placed; the majority of it built from plywood and finished in a tasteful stain with varnish. A pair of 30:1 metal gearmotors provide the propulsion for the Snackbot. The motors are controlled by a RoboClaw 2x15A motor controller that receives commands sent by a Raspberry Pi. All of the components of the robot are powered from a 14Ah lead acid battery.
Snackbot’s builder has tested the robot in RC mode but plans to make the robot autonomous and intelligent with features like path planning and the ability to accept voice commands. Details on the builder’s site show that he plans to use a Microsoft Kinect for computer vision coupled with the OpenCV library. The encoders built in to the gearmotor will be also be an integral part allowing the robot to map and navigate a typical human dwelling.
We thank Snackbot’s builder for taking the time to document the ongoing build and for choosing to use a RoboClaw motor controller. More images and details of the project can be found here. 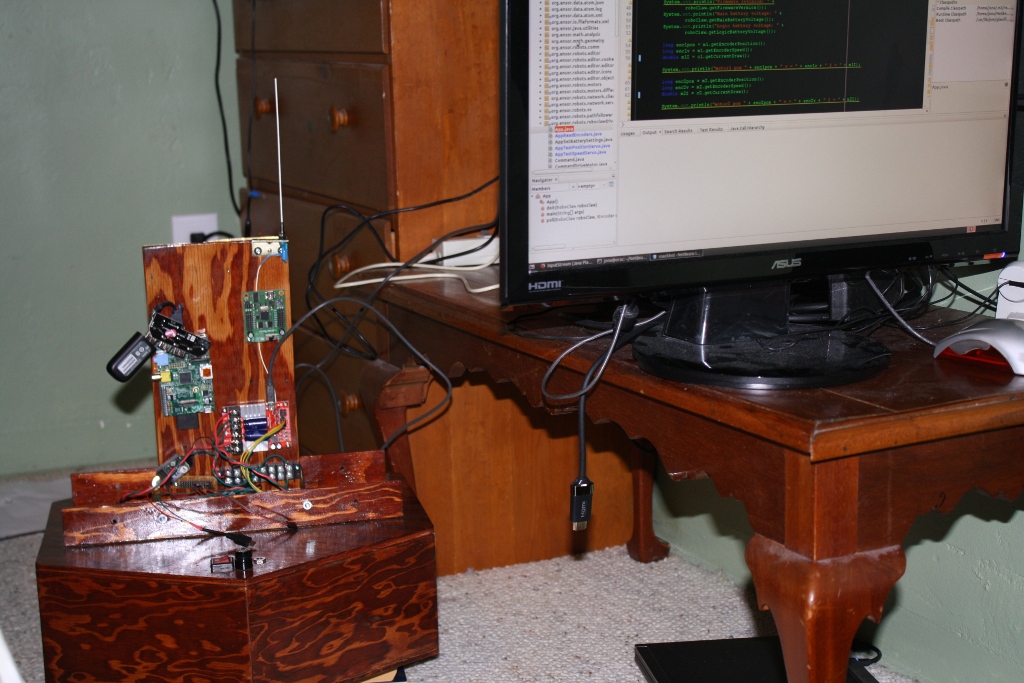 Figure 2: The RoboClaw used to drive the Snackbot is the red board visible in this photo.