When choosing motors and motor controllers for a robotics project the properties of the motor will dictate what needs to be purchased. This Application Note covers the most common motor specifications and what they mean.

A motor’s speed is the rate at which the shaft rotates. It is usually measure in revolutions per minute (rpm).

Torque is a measure of force applied or produced in a rotating system. Larger motors have a torque rating usually measure in foot-pounds and small motors are typically measured in oz-in.

Current is the measure of the flow of electricity and is measured in amps.

Power is the amount of work a motor is capable of doing. It is a combination of the speed and torque of a motor, the two multiplied together produces the value of power. Power is measured in watts. 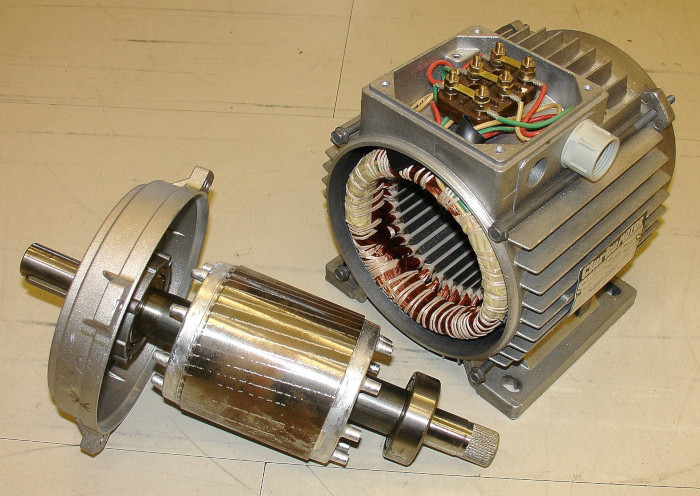 The voltage or sometime listed as the nominal voltage is the voltage the motor is rated to run at. It is also the voltage at which other values for the motor are rated at. Motors can be run at lower and higher voltages however their performance changes once one deviates from the rated voltage. Higher voltages may extract more performance from the motor but often at the expense of shortening the lifespan of the motor.

This is a measure of the motor’s speed without any load applied to it. The rate a which a loaded motor spins is a function of the amount of load applied. As the load is increased on a motor its speed decreases.

The rated current of a motor is the maximum current that the motor is rated for. Note that this value is based upon running the motor at the voltage specified for normal operation.

Motors draw large amounts of current when they are first started. The starting current rating is the amount of current that a motor draws when first started and is measured in amps.

Power vs Torque and Speed

An electric motor will develop it’s maximum power towards the middle of the range of torque and speed. At the extremes of high torque and low speed and low torque and high speed the motor develops the least amount of power.