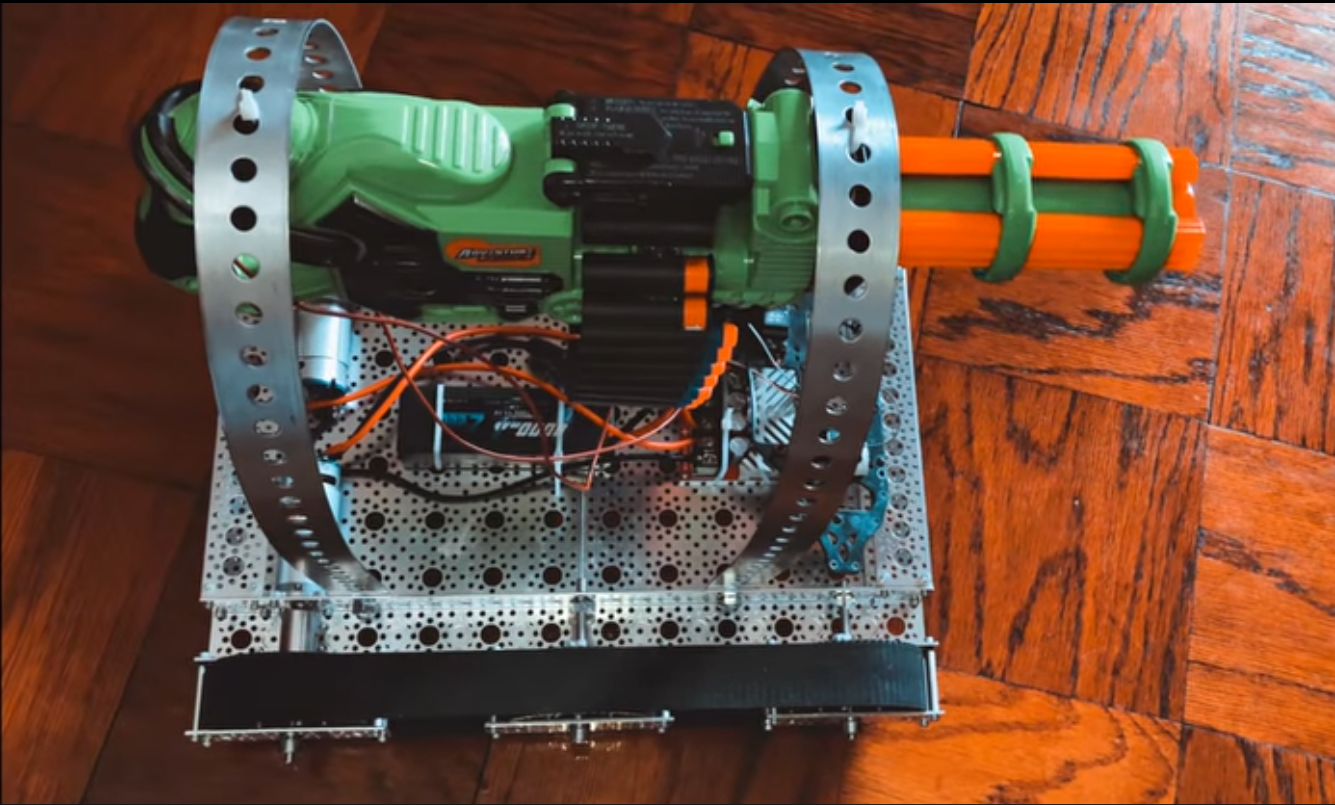 Figure 1: The Nerf tank in action.

A user on YouTube named Ethan Tamasar has posted a video of his remote controlled Nerf dart firing tank robot. The robot is built around an Acrobotics Agent 390 chassis. The chassis contains a pair of large gearmotors that drive the dual tanks treads. The pair of gearmotors are controlled with a RoboClaw 2x60A motor controller. The RC mode of th RoboClaw allows the robot to be controlled with a standard RC transmitter when an appropriate RC reciever is connected. The transmitter and receiver used for this build are both made by FlySky. The whole robot is powered by a large 8,000 mAh lithium polymer battery pack. The most obvious feature of the bot is the large toy gattling gun that can fire Nerf darts via radio control. In the video below it can be seen rapidly firing darts.
We thank Ethan for taking the time to post his project for the world to see and also for using our RoboClaw motor controller in his build.
<< Previous Post
Next Post >>